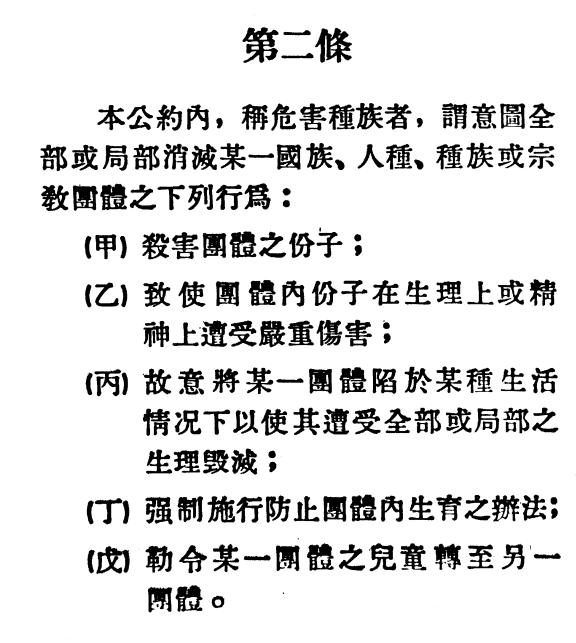 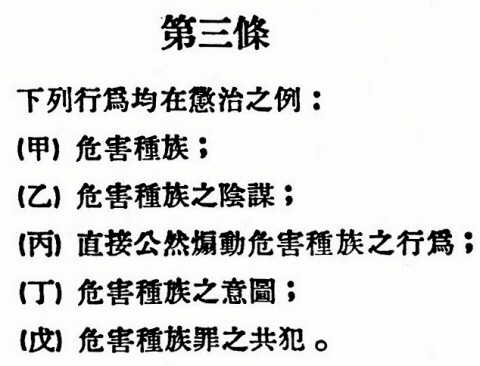 Convention
for the Prevention and Punishment
of the Crime of Genocide

In the present Convention, genocide means any of the following acts committed with intent to destroy, in whole or in part, a national, ethnical, racial or religious group, as such:

The following acts shall be punishable:

Link here to the translation of the Genocide Convention into simplified (jaintizi) Chinese
Published in the ZHONGHUA RENMIN GONGHEGUO GUOWUYUAN GONGBAO (People's Republic of China State Gazette) in April 1983 at the time of ratification.